It’s been a while since I last blogged and one reason is that I’ve been busy brainstorming and writing Book 16. It’s a little different from my previous stories and because of that I decided to use a beta reader.

For those of you not part of the publishing world, a beta reader looks at the manuscript before it is published/ your agent or editor takes a look. Mine is quite hands on, critiquing as I go along as well. She also happens to be my daughter! She graduated last year with a degree in English Literature and as part of that studied a module in Creative Writing. I decided to take advantage of her living at home during lockdown and asked if she’d consider taking this book on.

It’s been an absolute joy, I’ve agreed with most of what she’s suggested, and now I’m asking myself why I’ve never considered having a beta reader before. Many authors I know have critique partners and/or beta readers but it’s something I’ve always shied away from. Writing a book is a very personal process. However, before any of my work gets published it goes through rigorous appraisals by my agent and editors and I’ve become used, over the last 8 years, to receiving criticism.

Which is just as well. I still want to be talking to my daughter at the end of this process! 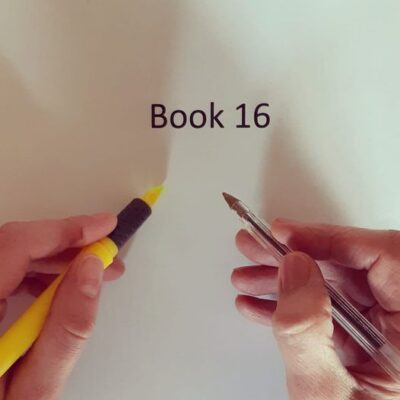 What have I found to be the benefits of having a beta reader?

As the author you can be so close to your work that you don’t see the obvious flaws… So the main benefit is, hopefully, that by having a beta reader you will eliminate the stand out problems earlier on in the process, before you rewrite, polish and send off the manuscript to your agent and/or editor. It’s always easier and less disheartening to unpick character development or plot sooner rather than later.

This should mean that, organically, you are shaping the manuscript to a higher standard right from the start.

Book 16 is a subtly different in style and my beta reader is helping me realise this new direction, pointing out where I’ve slipped into old habits.

The structure of the book is not simply chapter after chapter all the way through, and it’s been great having her take on this as to whether it works or not, or adds anything of real value to the story.

Very importantly it’s been great to get feedback about the main characters and whether the ones I want the reader to like and root for appeal in some way, that their motivations resonate, even though their actions might be shocking or questionable.

Crucially, whether the pace is right – chapter after chapter of emotion and drama, for example, can leave a reader exhausted if there are no breaks. And does she want to read on? Is it boring in any part?

She’s made suggestions about aspects I’d hadn’t considered – for example regarding characters that my protagonist has moved away from who, in my beta reader’s opinion, should still be part of the story.

And, of course, above all else… has my storytelling made her become invested in the story? Has she enjoyed it?

All of this has been coupled with praise when pertinent. Now and then my daughter doodles a heart by a section she’s especially liked and this is such a boost and inspires me to keep doing my best.

I can’t think of any – but then I’m 16 books into my career. If you are just starting out and haven’t had much experience of criticism, try not to take it personally, don’t let it dampen that heady passion we all feel when writing the first draft. Remember, any points that you agree with are only going to make your story stronger.

However also remember – it’s YOUR book. I don’t agree with everything suggested by my beta reader, by my agent or editors. Be honest enough to accept what you’ve written can be improved upon but, at the same time, listen to your heart if their view on something particularly rallies against yours.

What would my advice be to any writer considering taking on a beta reader?

Choose someone you absolutely trust with your work – not to talk about it with anyone else, or chat about it online.

Pick someone who can be completely honest with you and be tough where necessary. The beta reader has to be able to criticise you without fear of reprisal!

Make sure they understand the commitment – it’s a fair few hours of reading and commenting. You don’t want them to regret agreeing to help, or to drop out halfway through.

I’ve still a fair way to go but am looking forward to when Book 16 is completed, as she’s a fast reader and is going to read the book in one go. This could throw out a fresh set of problems that I’m excited to address before my agent sees the story.

An author must never get complacent, must always keep striving to improve and expand their knowledge about the craft, and learning from my daughter has been such a rewarding part of this latest journey I’m trying to think up bribes for her to stay at home for as long as possible! 🙂