I never used to think much about minor characters when I first started out writing. They were simply there to serve the plot in terms of a barman being needed or noisy neighbour. But before I got published as a novelist I sold almost 100 short stories to women’s magazines, and writing those and getting editorial feedback taught me that minor characters really need to fight for their place and prove their worth.

If the cast of your book is too wide, readers will lose track. Their is nothing more annoying than having to keep checking back, in a novel, to see who so-and-so is. And if you have too many really distinctive characters it could be overwhelming. You don’t want the minor players to outshine the leading cast members. 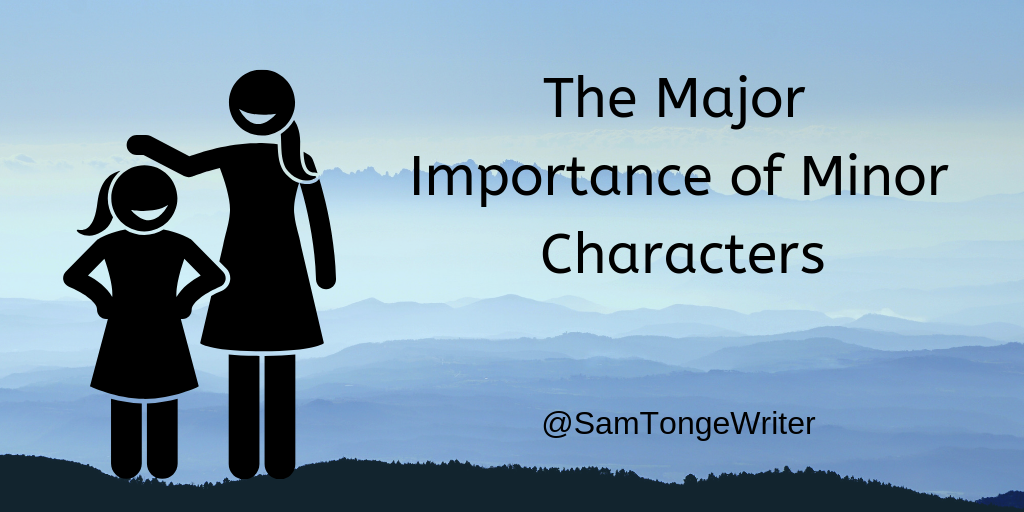 So I’ve always tried to shave my number of characters down to the bare minimum. The ones who survive are there for a reason. No, they mustn’t outshine the lead but they still play a crucial role, as long as they serve one or more of the following purposes:

Demonstrate the themes of the story

My last novel, Forgive Me Not, is about Emma, a recovered alcoholic, who goes home to the village of Healdbury to try to make amends after tearing apart her family and causing uproar in the community.  As the title indicates, forgiveness is a big theme of this story and the villagers reflect this. Some cannot forget her old behaviours and the trouble she caused. Others, over the course of the story come to realise they too are flawed and everyone deserves a second chance.  All the people she encounters again serve their place, even those who only appear very briefly. Like the elderly woman, in the street, shop owner Mrs Beatty, who crosses the road immediately when she sees Emma approaching on the pavement when she first returns to the village. This minor character’s one simple action tells the reader what Emma used to be like and suggests she is not going to have an easy time trying to fit back into her old life and make amends to those people she hurt.

Show something about the main character

Stig, the homeless man Emma used to know, gives the community insight into what life used to be like for her. It might be shocking for them to hear that the protagonist used to live on Manchester’s streets. It might confirm villagers’ preconceived ideas about the sort of people who end up as rough sleepers, that Emma really must be a no-good no-hoper. But then they get to know Stig, a gentle soul, who once had a good job as a geography teacher but who lost everything due to mental health problems. He demonstrates to the villagers that any one of them, given a certain set of unfortunate circumstances, could lose their home. His appearance in the novel questions any assumptions that might be made about Emma and how much she deserved to find herself homeless. He adds another dimension to her character from the villagers point of view. He is a window into where she has been for the last couple of years.

Another more minor character is runaway homeless teenager Tilly. Her purpose is to show how Emma really has changed – the Emma in addiction only thought about herself. Now she wants to help those less fortunate and Tilly brings out her maternal side.

Then there is Dash, the three-legged dog Emma grew up with. Yes, even animal characters must earn their place. He is overjoyed at her return, despite her selfish and unpredictable behaviours displayed before leaving the village.  His unconditional love shows the reader that there must be good inside her – that once she really must have been a decent person. In fact I’ve just finished a project where a kitten plays rather an important role. It is there, in the background, throughout the novel, and at the end we realise just how significant its presence has been for the main character.

They embellish the setting

In Forgive Me Not there are flashbacks to Emma’s past. A violent rough-sleeper who beats her up personifies the drab, threatening, dangerous, solitary place Emma has found herself in. Whereas the appealing rabbits and pigs on the farm in present time, with their colour and playfulness, reflect the happy, carefree, nurtured, safe, communal life she left behind.

So think carefully about your  minor characters because they contribute massively to themes, plot, setting, so many aspects of your novel. What’s their point? If they don’t have one, get rid. Like so much in writing, it won’t be a waste. They might suit a future story.