For those old enough to remember, Bye Bye Baby, Baby Goodbye is a classic song by the Bay City Rollers. Saying goodbye to love is a painful thing and no less when it concerns an author having to let go of a manuscript that they have lovingly created and spent months polishing. We spend day in, day out, with our characters. They become friends, constantly in our thoughts, in our dreams. It’s a passionate love affair and has to be to get through the process of tapping so many words onto the screen. Some authors even affectionately refer to manuscripts as their babies.

However sometimes you have to accept that there comes a point when it is best – it is the right thing – to let go of a project.

My ninth book, One Summer in Rome, is just about to be published and previous to my debut I wrote several other novels that are are firmly under my bed now. So why did I give up on them? Surely I could have improved and rewritten those stories?

Here are the main reasons, in my opinion, why for some stories the answer is no.

It’s your first ever book

Looking back I had a sense of entitlement with the first novel I wrote in 2005. What an achievement, I thought – and it was – but I decided completing my goal was enough to see it in print. And what a shock – and wake-up call – when the rejections came in. It had seemed like such a mammoth task to write those 90,000 words. How could I possibly waste them by starting something else?

Well, that’s the key to moving on without too many tears. Don’t see the discarded project as a failure or waste. I learnt SO MUCH from that first novel. At 90,000 words it only had four chapters, so that taught me about structure! When I wrote it I knew nothing about point of view or show not tell. It was full of autobiographical anecdotes. Very self-indulgent. And included a ridiculous storyline about making opium out of poppy seeds! I’m incredibly grateful, now, that it never found its way into the public arena.

I received one complimentary, personal rejection from an agent and that gave me the strength to start another book.

So don’t become too attached to your first-born. Statistically, the odds are that it may not get a deal. 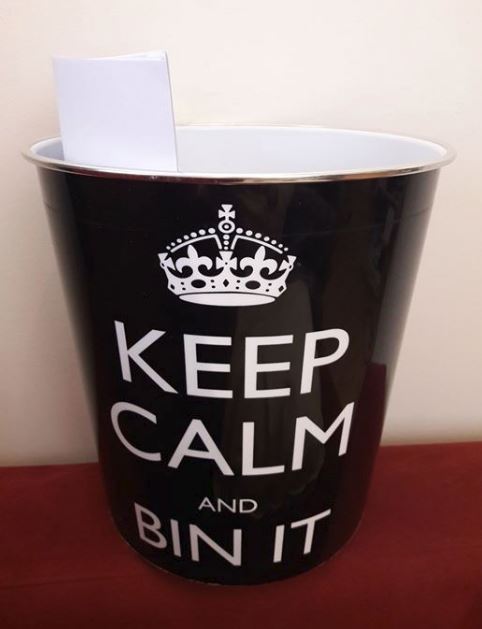 I have a folder of over 80 rejection letters that I’ve kept – to remind me, I suppose, that hard work and determination can bring rewards. But they are also tangible proof that there is a reason my discarded manuscripts are under my bed. Most of those letters are standard, thanking me for my submission BUT… the rest of those letters is inconsequential. The bottom line was that the manuscripts just weren’t different or good enough.

Perhaps the characters and plot are too thin. Maybe your writing still isn’t where it should be. Go on courses. Read How To books. Get feedback from fellow writer friends you trust. I don’t know a single writer that has persevered and persevered and not eventually succeeded in getting a deal.

If you manage too receive personal feedback from an agent that suggests revisions that’s fantastic, but be careful. One once showed great interest in one of my projects. She didn’t like the first draft so I totally rewrote the story and it lost its heart. The agent liked that version even less and by that point I didn’t know what the novel was anymore.

The whole process was heartbreaking but it taught me a valuable lesson – don’t jump straight in to a rewrite, exciting as it can be if you think you might be on the cusp of getting representation. Get another view as well, perhaps from a beta reader or literary consultancy. Ultimately it might just be better to cut your losses and start another project. Rewrites are time-consuming.

Another idea comes along…

Sometimes you might want to ditch a project a few chapters in but feel this would be a waste. SEE ABOVE – nothing is wasted when you are writing, it is all improving your craft. In 2015 I started writing a Christmas book. It was going to be a wedding story related to my debut Doubting Abbey. It was to be a fun story called My Big Fat Frozen Wedding (I wonder if Frozen themed weddings are a thing!) However a few chapters in, an idea came into my head for a sequel to my summer bestseller Game of Scones. I felt more passionate about that so, after talking to my editor, took the decision to shelve the Frozen idea and My Big Fat Christmas Wedding was born.

Follow your instincts. Readers will notice if your heart isn’t in your work.

Your book won’t ever fit the market

It’s a difficult one, this. Write completely for the market and your work may not come across as sincere. I follow my gut but keep one eye on what is selling. It’s a compromise.

I didn’t with one book that – admittedly – I’ve found very hard to let go of over the years. I’ve rewritten it numerous times (and if your gut strongly tells you to give your project another go I blogged about tackling major rewrites here). I’ve submitted it every few years. But finally I’ve accepted it’s place is permanently under my bed. It’s a romcom set in Ancient Egypt. I loved writing it and doing the research but publishers just don’t know how to place it. It’s very quirky and not one hundred percent romance. There are other issues. It would be a risk to invest.

But here’s the thing – you can always cannibalise your old scripts and take ideas from them to use in new stories. The two main characters in my Egyptian book were young executives and formed the basis for Pippa and Henrik in Game of Scones.

In fact, Game of Scones was originally set in heaven (don’t ask!) It was a flat NO from my editor. At the time there was a question over whether paranormal romance was selling. So I let go of that idea and wrote a different story, set in Greece, that went on to sell 100,000 copies.

Don’t see discarding a project as failure. It will have taught you so, so much about writing and the submission process. Be brave and stash it under your bed. Move on to your next exciting challenge. It is hard and, for me, parting company with those much loved babies often brought tears.

But never forget that those unpublished manuscripts are an incredibly valuable and worthwhile part of your journey.