In my new Cornish romantic comedy, Breakfast under a Cornish Sun, Kate Golightly’s life is a mess. She needs to move forwards and, as part of the plan, heads off to Cornwall to find her very own Poldark lookalike, being a big fan of this super successful TV show.

And who could blame her? There is no doubt that this smouldering, scything sex-god has taken the viewing female population by storm. But why? Here are the five things about this character that really turn me on!

Firstly – and funnily enough – it isn’t that six-pack bare chest. Mesmerising as that grass-cutting scene was, it’s those raven eyes that captured my heart. With their dark, inky depth they show passion. They say eyes are the windows to the soul yet Poldark’s are less transparent than that, in a way, and leave us guessing as to his next actions. They hint at a recklessness and spontaneity that keeps me on the edge of my sofa. He has a lawless and risk-taking side that excites, especially as it is usually driven by his strong moral code. They also show his hurt, for example at losing the love of his life. And compassion. Here is a man who looks out for his neighbours and tenants.

Secondly – that scar. Emblazoned across his face it reminds us of his physical hurt, suffered during the American War and compounded by losing Elizabeth whilst he was abroad. In my experience, picture perfect heroes often lack depth. Flaws tell a story. Here is a man who has life experience and that’s very appealing.

Thirdly – ooh yes, as a romance reader/viewer I do love a man in uniform so was always bound to find this British Army officer appealing, with the red jacket and tricorn hat. A uniform implies its wearer possesses a sense of duty, responsibility and selflessness if things take a turn for the worse. They shout “this is a person of integrity” who, in difficult times, would put you first.

Fourthly – those bedroom black curls. In an age of sculpting gels and groomed male haircuts, it’s refreshing to see a wild-at-heart style that taps into primeval desires unrestrained by society’s trends and expectations. Poldark’s masculine physicality and strength as a soldier and mine-owner compound his irresistible appeal on very basic levels. (Although I don’t want to ruin it for anyone, but actor Aidan Turner actually wears a wig for the show!)

Lastly – okay, that grass-cutting scene was pretty hot. All the more so, because it was an impulsive idea down to Aidan Turner on the day, and this sums up the character he plays. There is no hidden agenda – Poldark is what he is. He’s not trying to impress anyone. He’s being himself. You either want to spend time with him or not. Um, yes please 🙂

If you’re interested to find out if Kate Golightly finds the fictional man of her dreams, my new fun romance is 99p for a limited time on Amazon and Kobo! 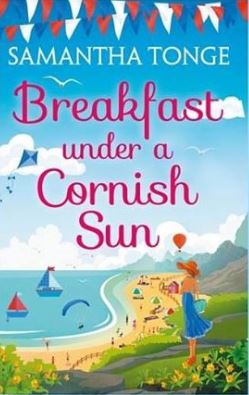