This week sees the release of my new short story, How to Get Hitched in Ten Days. It features a disastrous Valentine’s proposal, and it got me thinking… I wonder what fellow Carina authors have got to reveal – good or bad – about their past Valentine’s Days?! 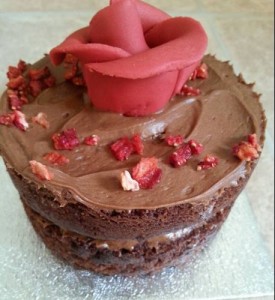 Worst Valentine’s Day story: Many years ago I shopped in a store not realizing my then boyfriend was also shopping for Valentine gifts. From afar I saw him purchase a few things, candy, card, stuffed animal…but never received them when Valentine’s Day arrived. Needless to say he turned into an X shortly after.

Oh no, poor you Anabelle! You did the right thing!

Year 2000, first Valentine’s of the new millennium. I thought I knew what we were doing – had arranged for us to go to Cheshire the weekend before to visit some friends, then on V-Day itself (a Monday) I had a restaurant and babysitter booked. Not to mention several meetings at work. But behind my back, my husband had cancelled everything I’d booked, sorted me some time off work, and booked a long weekend in Athens. I knew nothing about it until about 3 hours before the flight when he asked me to go and pack – and I still didn’t know where we were going until we checked in at the airport!

Oh wow, that is amazing!

When I first met the man who became my husband, before we even were going out together, I sent him an anonymous Valentine’s card which I sent first to my Granny in Newcastle and asked her to post it for me, so the postmark would be Newcastle. It was about 10 years later, when we were long since married, that I fessed up to that card being from me. It had puzzled him for years.

A year after moving into our current house, Valentine’s Day came round. We went out for dinner with our electrician and our builder and their wives. That said something about what our first year in the house had been like!

Aw, that is romantic!

I had an emergency appendectomy on Valentines Day when I was 19. I got more flowers and chocolate that year than any other before or since.

Oh no! The gifts were some small recompense, I guess!

I got a very pretty card with roses on it. Oh, I said, I had one like that in my card box. Hubby grinned… Yeah he’d forgotten and our daughter had to remind him…

I opened a valentine’s card from a boyfriend to find that he’d recycled a card sent to him from a previous girlfriend, by sticking a blank piece of paper over her written message. His reason – he liked the picture and the sentiment of the card so much he thought I would too! Needless to say, he didn’t last much longer after that. Eejit!

I went to an all girls school so when we were teens we used to get together and have anti – Valentine’s Day – we watched girly movies (and judged the heck out of them) listened to angry girl rock and ate a lot of pizza. Years later we added the cocktails

Links well to my book, My So-called (Love) Life where they basically do that as grown ups.

When I’d just graduated and I was working in an admin job, I arranged to meet my then boyfriend on Valentine’s Day. I waited for him outside Chancery Lane tube for about an hour – possibly more. It was before everyone had mobiles and there was no texting or anything. I remember watching everyone going into and out of the station in couples, clutching bunches of flowers and chocolates. When he eventually turned up, he gave me a sheet of A4 paper folded in half. On the front he’d drawn a heart (badly – like how hard is that?!) in marker pen, and inside he’d scrawled a question mark. Romantic, eh? He was NOT a keeper.

Well, I hope anyone reading this post feels a bit better if their Valentine’s date doesn’t go to plan this year – you aren’t alone!!