Recently I’ve been thinking about how much getting published makes me feel as if I’ve gone back to high school. Since signing my first deal in 2013, and during the interim having 11 novels published, I feel as if I’ve become part of a community. There is a sense of belonging. As soon as I joined an online writers’ group in 2005, I felt as if I’d found my tribe. We were all pursuing the same dream, a bit like a bunch of classmates working towards passing exams.

But it also means you are thrust into an environment where you are ranked against everyone else in terms of success and popularity, just like you are as a teenager in the classroom. This can, inevitably have a downside. But first of all let me explain my comparison.

Publishers remind me of teachers. They can be seen to have *favourites*. Some can hold you back. Others can push you and your career forwards. On the whole I’ve been very lucky with my experiences with my three publishers, and I’ve been chuffed with the success they’ve helped me achieve, including two Top Ten AmazonUK Kindle bestsellers. But I’ve heard of other authors experiencing, for example, editors that don’t reply to emails, promises of marketing that don’t materialise or publishers’ Twitter feeds that rarely feature their books…

Agents are the prefects or peer mentors. They’ve got your back. They are someone to go to when the going gets tough – to give you advice or perspective. They are a go-between and can talk to the publisher on your behalf if there is anything you aren’t happy about.

Other authors are the classmates – there are those who like the same subjects as you, those who don’t; the tight cliques and the loners; the populars who look as if they are having 24/7 fun and success; those who have to work all hours to move forwards – those who don’t; the frustrated big dreamers and content pragmatists.

Amazon rankings are the exams and tests – within a few weeks of starting high school everyone knows what position they are in, compared to everyone else.  I can’t think of another job where you are ranked by a number, day in day out against your peers.

Best friends are best friends. They support you. They help you commiserate and celebrate. 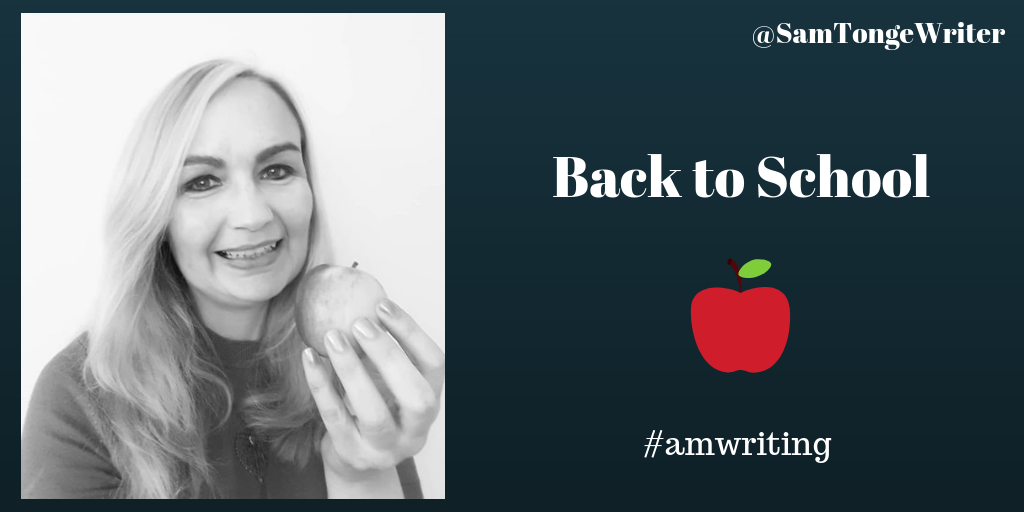 Whilst it’s great to belong to a body of people who are passionate about learning their craft and achieving the same end goal, how can you happily navigate the challenges this environment might throw up?

Simply having awareness is a great thing. Before I got my first deal, I never realised, for example, that publishers might favour certain authors and give them more attention and a larger chunk of their budget. I didn’t realise that publishers sometimes paid to have particular books placed in shops at a certain chart position. It was naive of me really. But I don’t think I actually thought of publishing of a business. It was simply a dream machine!

Now it makes sense. Although having said that, some of the newer publishers, predominantly digital-first, have made it part of their mission statement that they treat all their authors equally. So there has clearly been some awareness, on the part of the industry, that this is very important to writers.

Get yourself an agent. Mine has always got my back. Has helped me avoid some bad decisions. Has dealt with publishers when there have been disappointments or things haven’t gone to plan. It’s definitely helped lessen the stress. And, of course, an agent does many other things such as helps shape your long-term career.

Accept that – like at school – your peers are a diverse bunch, and SO ARE READERS. You’ll find your niche.  And realise that almost every author, at some stage, faces rejection, poor sales, bad reviews, an unrenewed contract… I’ve often been surprised by the story behind some of the social media fronts (as I’m sure people were surprised when I came out about my own issues in 2018). Sometimes all is not what it seems. Only a few authors don’t face career peaks AND troughs. There is lots of fun to be had, as an author, but it’s not realistic to expect that 24/7.

Don’t obsess about rankings! It’s a hard one, I know. Limit yourself to looking only a certain number of times a day or week. There is so much more to how good a book is – such as reviews or touching readers’ lives, in the same way that, at school, there is so much more to a pupil than how well they can do in a written exam.

Keep your best friends close and support them back in the way they support you.

Of course, getting published isn’t actually going back to school. There are no mean girls (or boys!). It’s a wonderfully supportive community and within that I include fellow authors, aspiring writers, editors, agents, readers, bloggers… My career, to date, has given me lots of joy. Every new release is a whirlwind and I’m currently enjoying the preparations for the upcoming publication of my festive novel, The Christmas Calendar Girls.

It’s an exciting time – just like it’s exciting starting high school and moving onto the next stage of your life. The industry isn’t out to get you. But you need to get yourself a realistic view of it as a business. AND you need to find a set of  helpful tools – and people –  in order to surf the ups and downs 🙂