Today marks the 5th anniversary of my debut novel being published!

Doubting Abbey was inspired by Downton and became a Christmas bestseller. It was such an exciting time watching it climb the charts. At one stage I even had a Hollywood movie producer reading it. You can imagine the jumping up and down when that news came in!

But today gives me an opportunity for reflection.

What a roller coaster.

And I’ve ended up needing mental health treatment. Whilst my career didn’t cause my alcohol and eating problems, it magnified them.

So what have I learnt? 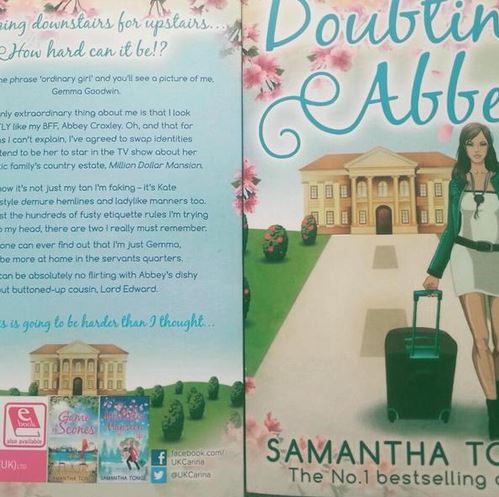 self-care must be a top priority.

I allowed my writing to stretch across each day to the exclusion of hobbies and getting out of the house.

I allowed it to stretch across weekends.

And as my mental health deteriorated I began to feel as if I was living a double life, as if I had two faces – Samantha Tonge The Author and Sam Tonge who was secretly struggling.

I paid the price for this.

So,  new authors who’ve just signed a deal…  take a deep breath. Amazing things are ahead of you! But  your writing career is not the sum of you. It may be a passion, a vocation, but ultimately it is a job and the peaks and troughs should not dictate your happiness.

Now I’m just me, online and off, warts and all. And what a relief.

LOOK AFTER YOUR MENTAL HEALTH. My tips for that are here.

And by doing so, you should enjoy the ride 🙂